Heads up on any traffic coming from behind.

When it comes to cycling, safety is on everyones mind. Although we have the ability to act on anything that is in front of us, we can’t see what’s coming from behind us. The Garmin Varia RTL515 is a rear light and radar detection all in one, and will do just that. It connects with your head unit and gives you the heads up on any traffic coming from behind.

The radar will pick up any vehicle travelling quicker or slower than you up to 140m behind and has the ability to show up to 8 vehicles at time. On most devices it will show on the edge of your device how many are coming and where they are on the road. 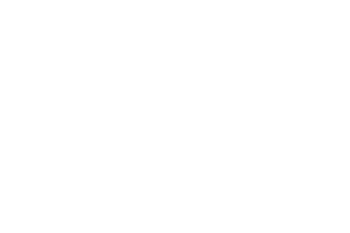 “My Garmin radar has been an invaluable tool to make my riding safer and more enjoyable on busy roads and on my TT bike. My headunit is a Wahoo Elemnt Bolt and works great!”

“I've owned a Garmin radar for a couple of years, and have found extremely useful, especially in times of intense concentration, or when the wind is in your ears. Hearing the unit go off on the bike computer giving you plenty of time to make sure that you can give the oncoming vehicle as much space as possible. The radar gives you an indication on the right side of the screen, the number of vehicles behind, and how far away they are, with out obscuring any other data on the screen on the bike computer. The Garmin radar is an extremely good safety device for cyclists, and would totally recommend it to anyone thinking of purchasing one. (It's the next best thing to a helmet!) I am using with a Garmin Edge 530 headunit.”

“Hands down recommend the Garmin radar. Since I’ve started using it, I feel so much safer on the roads. It never fails to warn me every time there is a car behind me, meaning I can make sure I’m safely to the left. Especially useful on those quieter roads where cars are less frequent, but will come flying up out of nowhere. I am using a Wahoo headunit with no issues!”

“Personally, I have not used one but have ridden with people who have one and I was blown away by the confidence and security it gives you while in a bunch. When it was picking up cars driving down the road and the bike was leaning up against the wall at the cafe I thought these are a must have.” -

arrow_back Back to Blog

"Excellent service and prompt delivery of my purchase."

"Excellent service and knowledge. Went above and beyond to help."